Bryce Canyon 100 on May 29-30, 2021 was my second 100-mile race, following Midstate Massive in October of the previous year.  I had some degree of confidence though compared to MM, Bryce promised about 30-40% more climbing, no pavement at all, altitude of between 7500 and 9500 feet, and warmer daytime temps with less tree cover.  My build-up to the race included a 100k out-and-back on the Warner trail, after which I recovered fairly quickly, so that was an additional confidence booster.
Given lingering COVID concerns, there was no mass start, and due to somewhat unexpected traffic, I started at the very tail end of the 100-mile wave window.  Almost forgot my trekking poles and ended up running to the car and back for a quarter mile or so, which I guess took care of the warmup.  The race start/finish/staging area was in a fairly sandy/dusty field, accessed by a dirt road, which meant a lot of dust in the air with all the activity going on.  Here and in plenty of other race sections, the dust made its presence felt, so I was glad to have practiced nasal breathing in the last year or so, which served me well to both filter the dust as well as preserve my lungs from getting too dry in the high desert conditions.
The first third of the course is a nice loop that included plenty of runnable stretches and I was moving much faster than planned, but I felt good and did not seem like I was overdoing it, so I figured I'd move while I can and bank some time.  My wife met me at the 19-mile aid station and that was a nice morale booster.  She also brought a fresh t-shirt for me, so that allowed me to get rid of the long sleeve.  The iColor hat with removable flaps worked well as expected as the sun came up.  The trails were quite busy with a mix of runners from different distances.  As always, chatting with others made the time pass faster than moving in solitude.

I recovered much faster than expected, going on a couple of hikes the next day.  Partly I wanted to keep moving to facilitate recovery, and partly I wanted to keep exploring the unbelievable scenery around Bryce.
Great race by Vacation Races, I highly recommend them based on the experience.  Huge thanks and love to my wife for sharing my travels, moral support in training and during the race.  Immense gratitude to my coach Greg from AYP - Coaching Services (atyourpacecoaching.com), the training plan leading to the race was excellent as it allowed me to finish and to recover quickly.  Thanks to all the family, friends, and TARC people who gave me cheers during the race.
With about 20 miles to the finish, as I was chatting with another runner, he told me the course was "brutiful", and that really stuck with me.  It is certainly not the hardest race out there, but the mix of beauty and toughness of the course justifies the label!
Accounting of what worked and lessons learned below.
What worked: 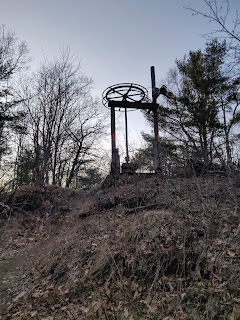